Book your excursion in Moscow with Russian Tour for great prices, choosing the best date and the time for your tour! The northernmost metropolis in the world and today’s Russia’s cultural capital and second largest city, St Petersburg bears on every corner the vestiges of his glorious past: founded in 1703 by the emperor Peter I the Great on the estuary of the River Neva, St Petersburg served as capital of the Russian Empire for over three centuries until the October Revolution, stocking up an impressive collection of palaces and residences built from the Romanov Tsars and the empire’s richest and most powerful aristocratic families, such as the Stroganovs, the Mihailovs and the Menshikovs.

Built on over 200 islands set apart by a wide network of rivers and artificial canals, the city centre is a true marvel of engineering, embellished by some of the finest achievements of 18th and 19th century European architecture. We organize guided visit to all the major sights in the City of the Tsars: the Saint Peter and Paul Fortress and Cathedral. The marvelous Nevsky Prospect,  the Palace Square and the imposing Winter Palace, home of the world famous Hermitage Museum; the Church of the Saviour on Spilled Blood, the Mikhailovsky Palace (currently housing the Russian Museum) the Field of Mars, the Summer Garden, the Smolny Convent, the Saint Isaac’s Cathedral, Yusupov Palace on the Moika, the magnificent summer residences of the Tsar to your attention: Peterhof Palace, Pushkin House, Pavlovsk palace, Gatchina Palace. 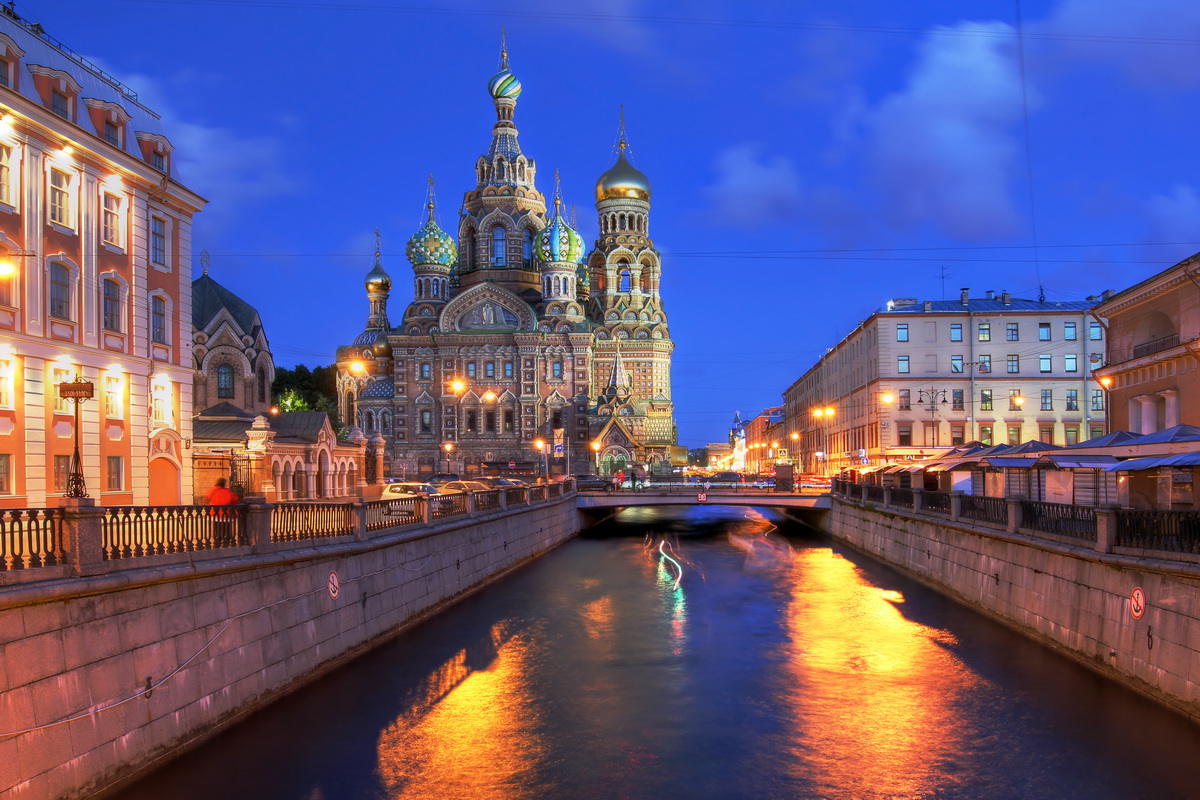 Prices in Euro per person, according to the group's size. The prices may be subject to variations depending on the EUR/RUB exchange rate.

For further information, please contact us on our e-mail address This email address is being protected from spambots. You need JavaScript enabled to view it.

This scenic tour of the city gives you the possibility to admire the following interesting sights: Nevsky Prospect, Ostrovsky Square and the monument to Catherine the Great, the Kazan Cathedral, theChurch of the Savior on Spilled Blood and Saint Isaac’s Cathedral, the Alexandrinsky Theatre, the Arts Square, the Admiralty Building, Senate Square and the “Bronze Horseman" equestrian monument to Peter I the Great, Field of Mars, the Summer Garden.

Visit to Saint Peter and Paul Fortress and to the famous baroque Cathedral designed by Domenico Trezzini, where are buried theTsars and Tsaritsas of the Romanov Dinasty. The works for the construction of Peter and Paul Fortress began on May 27, 1703 at Peter the Great’s command, in order to defend the areas adjacent to the Neva river. The Fortress was designed on an irregular octagonal mould, with bastions on the corners. The works to this baroque architecture masterpiece were complete at the end of 1733. At the beginning of the 19th century inside the structure were buried the members of the imperial family. In spite of the initial purposes the fortress was never used for defense, but as prison.

3-hour visit of one of the most prestigious and famous museums in the world. The Hermitage Museum was originally established in 1764 by the Empress Caterine II the Great in the “Small Hermitage”, a building located next to the majestic Winter Palace on the Palace Embankment. The museum hosted the private collection of the empress, including just a few paintings and sculptures from western Europe, but soon the deep infatuation of the Russian aristocracy with the western-European fine art led to a rapid growth. Today the Hermitage museum owns one of the biggest collection of European fine art in the world and his exposition extend over 7 different buildings including the Winter Palace itself, with a grand total of more than 300 halls, 1000 paintings, 600000 prints and drawings and 12000 sculptures.

St Isaac’s Cathedral was built between 1818 and 1858 over the foundations of the small St Isaac Church, which was the first church to be constructed on the city’s mainland during the foundation of the city. The reconstruction, carried out under the direction of the renowned French architect Auguste Montferrand, who designed the new cathedral to be the largest Orthodox Basilica in the whole Empire. St Isaac’s Cathedral features a Greek cross ground plan with a huge central cast iron dome reaching the height of 155 meters. The church’s interiors features marvelous stonework decorations, sculptures and frescoes.

Church of the Savior on Spilled Blood

The Church of the Savior on Spilled Blood (Russian: Tserkov’ Spasa na Krovi) soars on the right bank of Griboedov Canal and next to Michailovsky Garden of the Russian Museum, not far from Nevsky Prospect. The official Russian name is “Cathedral of the Resurrection of Christ” and was erected where the Tsar Alexander II was murdered during the assassination of the 13th March 1881.

The State Russian Museum is an architectural complex, which includes the Mikhailovsky Palace, the Marble Palace, the Mikhailovsky Castle and the Stroganov Palace. The Museum was established on April 19, 1895, after the coronation of Nicholas II to commemorate Alexander III. Its original collection was composed of artworks taken from the Hermitage, the Alexander Palace and the Imperial Academy of Arts. After the Russian Revolution many private collection were nationalized and relocated to the State Russian Museum. In the Museum are exposed the following collections: Antique Subjects in Russian Art and the Epoch of Renaissance and Creative Oeuvre of Russian Artists.

Within the enclosed sphere of the Imperial high aristocracy, the Yusupovs where renowned patrons and art collectors. The family’s mansion reflects their deep appreciation of the fine arts in every aspect, surprising the casual visitor with its breathtaking interiors, the opulent decorations and the multitude of artefacts of astonishing quality and beauty. Various halls of the palace are open to visit, including the cellar where in 1916 Rasputin, Russian Mystic and main advisor of the Tsars, was killed by Yusupov and other conspirators against the Imperial Family.

This tour is dedicated to the history of the famous Russian October revolution of 1917, and it was added on the occasion of the centenary of the Revolution which has been celebrated in 2017. Our guide will narrate about history and celebrities of that period. During this tour you will visit historical places as well as squares and main streets of the city: the Saints Peter and Paul Fortress (entrance included), the Cruiser Aurora, Finlyandsky railway station with the famous locomotive and Lenin square nearby, subway station Gorkovskaya, palace of ballerina Kshesinskaya (museum of politics), Nevsky prospect, Vasilyevsky island, the Field of Mars (Marsovo pole), the Summer Garden, Arts square.

This program is inspired by the biography of the actual President of Russia, probably unique example of a politician who has got incredible popularity during the period of his activity, becoming a historical figure about whom books are being written, movies are being made, and why not, even excursion tours are being inspired! During this excursion you will visit the places which were characterizing the President’s life, for example house where he has grown up, school where he was studying, gyms where he has learnt the martial arts of Judo and Sambo, etc.

Peterhof  - the summer palace of Peter I the Great

Peterhof or Petrodoverts was Peter the Great’s summer residence, also called “The Russian Versailles”, situated on the Gulf of Finland. Visit of the park where you can admire the Grand Palace outside and the sculptural group. Walking in the wonderful gardens you can enjoy the fantastic waterworks and effects of the famous fountains. Entry to Monplaisir Palace, the Peter the Great’s favorite summer palace. 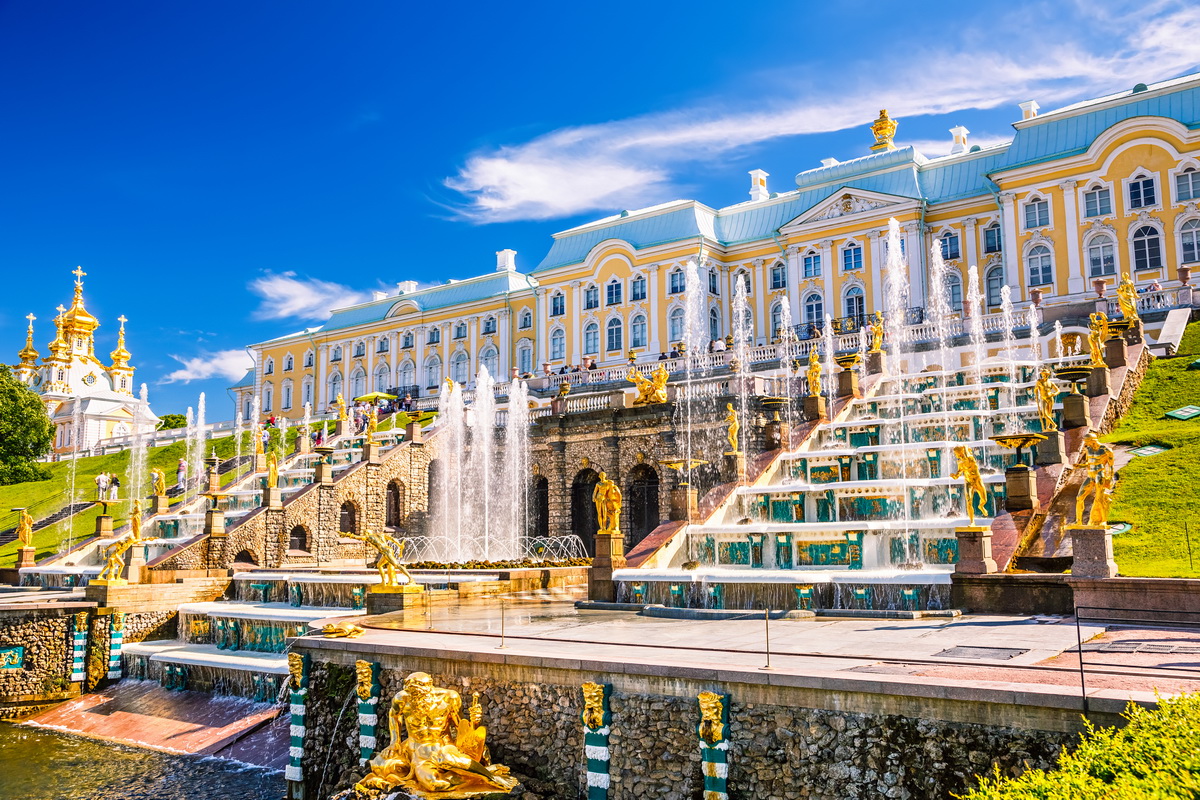 Pushkin (Tsarskoye Selo) - the summer palace of Catherine I

Visit of Catherine the Great’s Palace, where the world-famous Amber Room is preserved, and walk in the magnificent Palace Park. Catherine’s Palace, a faithful of the Italian rococo style motives in the typical Baroque Elizabethan architecture, was the summer residence of Russian Tsars in the town of Tsarskoye Selo, where Alexander Pushkin spent his youth. The typical architecture of the buildings, the landscapes and the parks represented Pushkin’s source of inspiration for his poems.

This town has its roots within the construction of the homonymous palace of the Tsar. It was realized between 1782 and 1786 during Catherine II’s reign to be donated to Paul I of Russia. According to the designs by the architect Charles Cameron, the palace has a semi cycle shape and is characterized by the prestigious garden and the colonnaded, designed in Dorian mode according to the architectonic dictates of the time.

Gatchina is a town in Leningrad Oblast in the South of St Petersburg. It is famous for its park and its palace, built at Tsar Paul I’s command. Gatchina Palace was the imperial summer residence from 1783 to 1917. In 1918 the rooms of the 18th century and the interior museum was  opened to public. Price on request.

In the Middle Ages Novgorod was the most important Republic in the North and was mentioned in the Latin writings among the towns in Ruthenia, the Slavic-Carpathian region of Europe. In the territory of Kievan Rus’ it was the second most important city, after Kiev, and was the only one provider of furs, wax, honey and slaves. The majestic Churches, the frescos and the Icons unambiguously reveal that Novgorod was one of the main cultural and artistic centers of the time. Important museums: Kremlin and Saint Sofia’s Cathedral, Saint George’s Museum, Open-air Museum of Wooden Architecture Vitoslavlitsy (visit to a Russian izba). 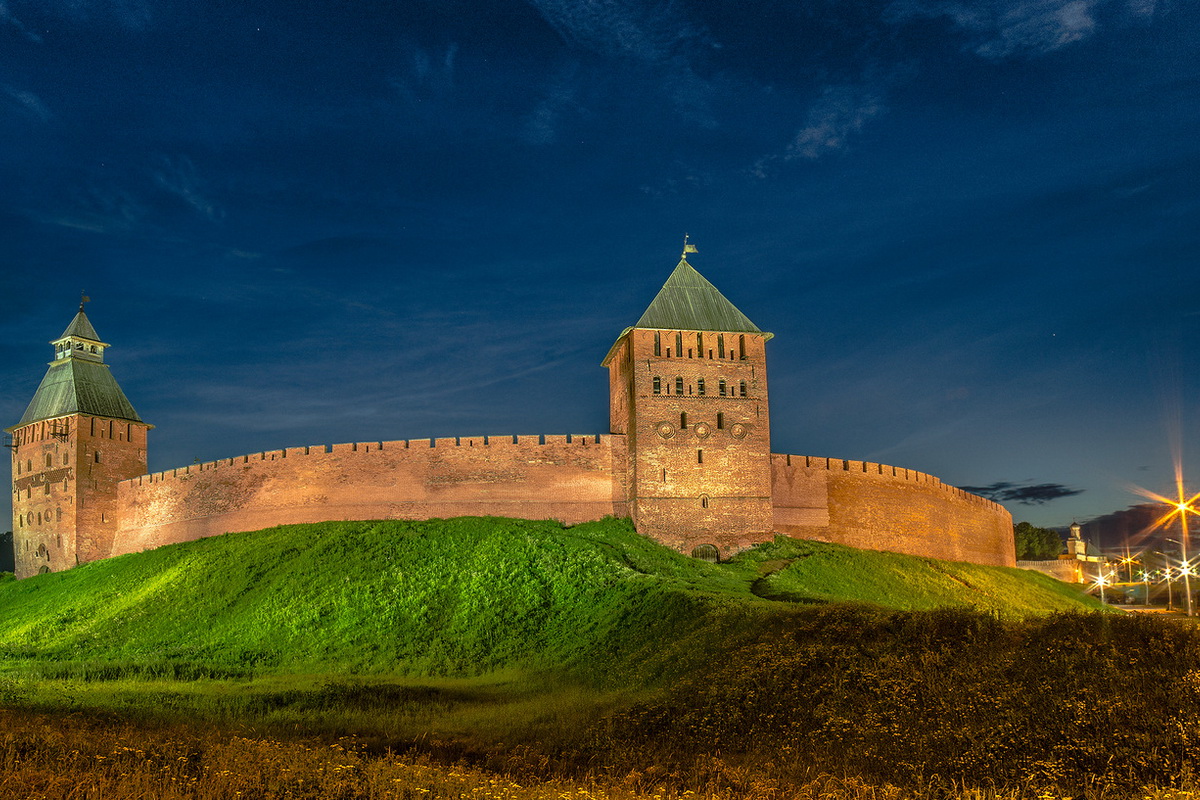