The classic Moscow & St. Petersburg tour, the evocative Golden Ring, the legendary Trans-Siberian, the fascinating Volga cruise, the tour of the Baltic countries, are just some of the most popular destinations among the itineraries offered by our tour operator. We also offer group trips, with guaranteed departure from any city, where individual tourists can join with other people to form a group and leave for Russia at lower prices than a trip organized individually, to admire the famous white nights in St. Petersburg, or to travel with friends during the New Year, Easter or August holidays. Our goal is to organize your best holiday in Russia in order to make it unique and unforgettable.

The Golden Ring of Russia 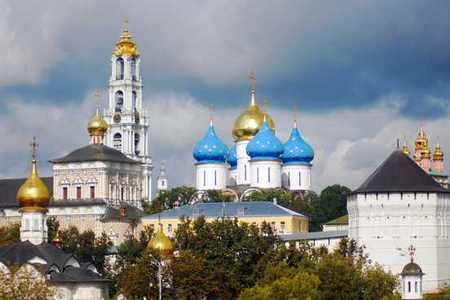 The name “Golden Ring” designates a chain of ancient medieval towns lying to the northeast of Moscow that includes some of the oldest and most beautiful settlements in all Russia dating from the X-XV centuries. Discover the glorious origins of Russia visiting the centres of religious and politic power that made the history of the Rus’ during the 12th and 13th centuries, before the birth of the Grand Duchy of Moscow. 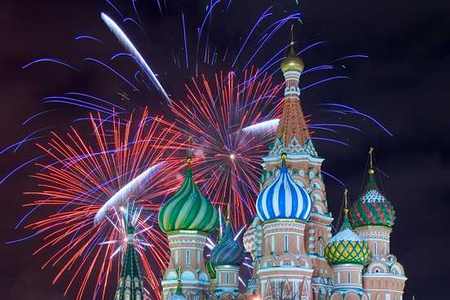 Celebrate Russia's most belowed holiday with Russian Tour International! Join up in the Moscow and St Petersburg New Year 2022 special city break and celebrate New Year's Eve on the Red Square under the traditional Moscow Great Fireworks Show! Journey to Russia and discover the wonders of the Russian capitals: the mighty Moscow and St Petersburg, city of the Tsars! This tour will allow you to immerse yourself in the hectic and majestic life of Moscow for several days, and then relax and admire the architectural splendor of St Petersburg. You will have the chance to experience the breathtaking sights and the incomparable atmosphere of places such as the Red Square, the Kremlin and the Novodevichy Convent in Moscow and the Hermitage Museum, the Peter and Paul Fortress and the summer residences of the Tsars in St Petersburg. 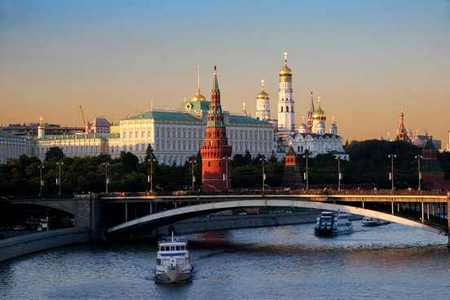 Travel from Moscow to St Petersburg on the River Volga and discover the beauty of the Russian countryside! The classic Moscow to St Petersburg river cruise is no doubt the best way to see most of western Russia’s main sights and experience a full immersion into the Russian folk history and culture while enjoying a comfortable and relaxed journey capitalizing on all the features and amenities of a fully equipped cruise ship. Pierce through the heart of Russia sailing along the longest river in Europe and across the great lakes Onega and Ladoga and admire its breathtaking landscape and the antique charm of some of the nation’s oldest settlements. 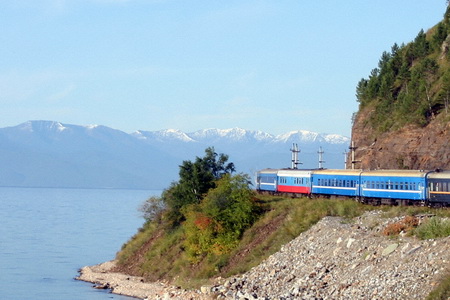 Experience the legendary Trans-Siberian Railway and the Trans-Mongolian Railway on board a private charter train. Forget about any hassle of packing and unpacking every day. Your cabin is your “home on wheels” during the entire rail cruise journey. Our train offers a choice of 4 accommodation categories from Economy to Deluxe as well as a restaurant, a bar and a conference area for lectures. Stops for land excursions at the most interesting places along the route are included every day. In selected cities like Ekaterinburg in the Ural Mountains, Novosibirsk, Irkutsk near Lake Baikal and Ulaanbaatar, the capital of Mongolia, hotel nights in international managed 4/5 stars hotels are included, allowing you more time to explore these places and enjoy a relaxed journey. 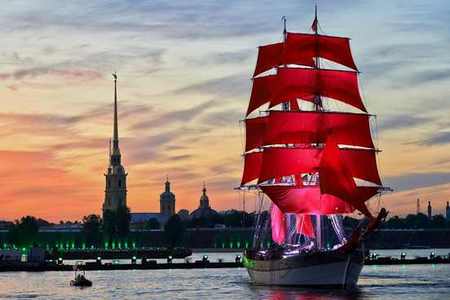 Every year, From late May to early July, the city of St Petersburg lights up with glaring colours because of the phenomenon commonly known as “White Nights”: during the few weeks following the summer solstice the sun shines each day for up to 19 hours straight, from 3 or 4 a.m. to almost midnight. After midnight the sun crosses the line of the horizon and dusk comes at last, leading to a bright and nonfading twilight that glosses a warm, glittering red light over the elegant façades of the imperial palaces and the opulent aristocratic mansions. 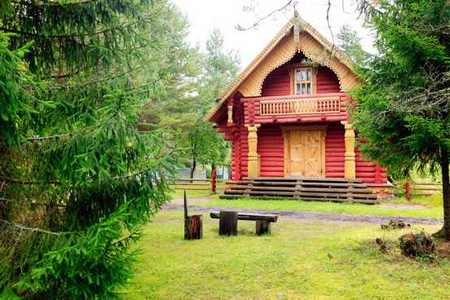 Russia is the biggest nation in the world and its immense territory encloses thousands of regions, peoples and cultures! Russian Tour offers you an unique opportunity to explore a few of the most exotic, interesting or amusing location of this incredible country! We offer many types of package travels and holidays to Russia and many others countries of the ex Soviet Union! What follows is just a small selection of special itineraries that we have recently offered as fully customized package travels: they enjoyed them so much that we decided to make them available to everybody! 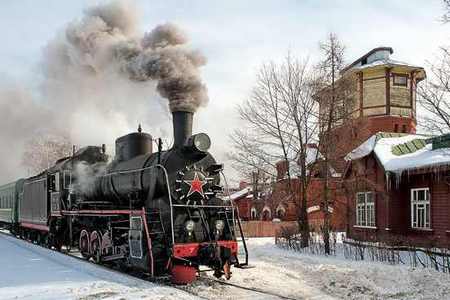 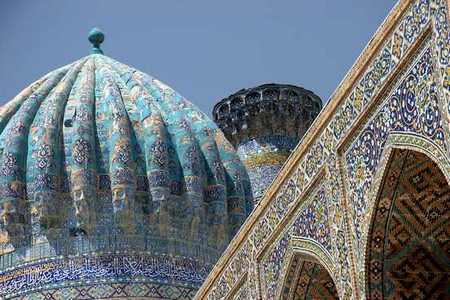 The legendary Silk Road! By Silk Road we mean the area, which develops over 8,000 km, consisting of land, sea and river routes along which, in ancient times, exchanges between the Chinese and Roman empires had developed. It was called the Silk Road, but in reality many other precious goods were commercialized, the destination of this trade was Rome, where it was not known where exactly this precious material came from and how it was produced. Russian Tour can organize the trip by train or private transport from Almaty to Ashgabat and, on request, add more routes by making personalized quotations. This trip will allow you to learn about many cultures along the legendary Silk Road and about many places that have made history, with the visit of no less than seven UNESCO World Heritage sites.

The Pearls of the Baltic: Vilnius, Riga, Tallinn 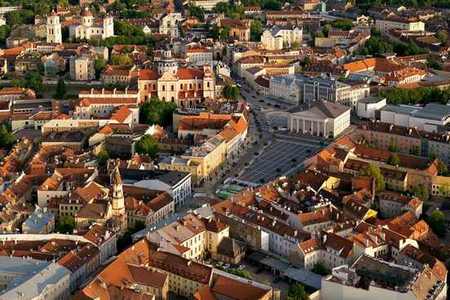 Travel through time and discover the mystical origins of the Baltic States taking part in a wonderful journey through the Pearls of the Baltic: Vilnius, Riga and Tallinn! The Republics of Estonia, Latvia and Lithuania, commonly referred to as the Baltic States, feature rich culture and traditions firmly rooted into their fascinating history and medieval origins, whose marks are immediately evident in the form of thousands of wonderful palaces, castles, churches and architectural complexes from the Romanic, Gothic and Baroque Era, carefully preserved inside the ever-changing modern cityscape. Join us through this unique journey between past and present in the Baltic Countries city sightseeing tour!

Karelia: between Lake Onega and the White Sea 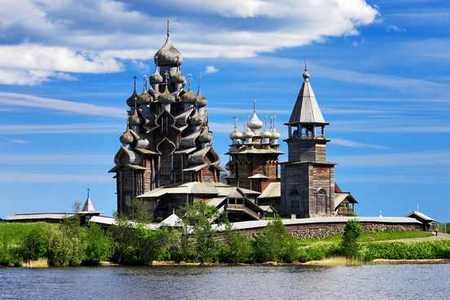 Russian Karelia: a beautiful journey in the middle of the nature and the historical artifacts! Karelia extends from the White Sea coast to the Gulf of Finland. The largest lakes of Europe are situated in Karelia: Lake Ladoga and Lake Onega. The Karelian Isthmus is located between the Gulf of Finland and Lake Ladoga. The large territory of this historical region is divided today between Finland and Russia and the rich traditions of its native people, 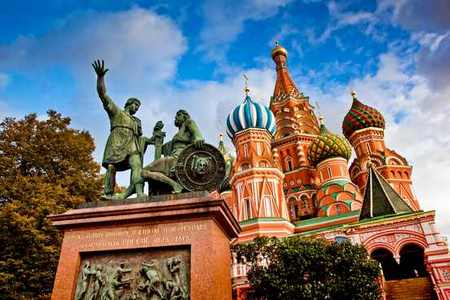 The great city of Moscow, once the heart of the first Russian Principality then restored to its capital city during the Soviet Era, is today the center of political as well as economic power in Russia. Taking part in a classic 4 days Moscow City-break you will have a chance to see all the capital’s major sights: The Red Square, the GUM Department Store, the Kremlin, the Cathedral of Christ the Saviour, the Danilov monastery, the Arbat street and Moscow Metro’s most beautiful stations! 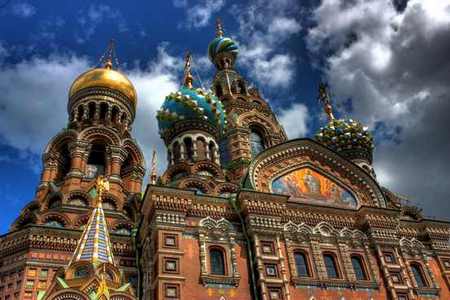 Journey to Russia and discover the wonders of the Russian capitals: the mighty Moscow and St Petersburg, city of the Tsars! This tour will allow you to immerse yourself in the hectic and majestic life of Moscow for several days, and then relax and admire the architectural splendor of St Petersburg. You will have the chance to experience the breathtaking sights and the incomparable atmosphere of places such as the Red Square, the Kremlin and the Novodevichy Convent in Moscow and the Hermitage Museum, the Peter and Paul Fortress and the summer residences of the Tsars in St Petersburg. The classic city break in Moscow and St Petersburg is the best choice for first time visitors to explore all Russia's most iconic places in one fell swoop. 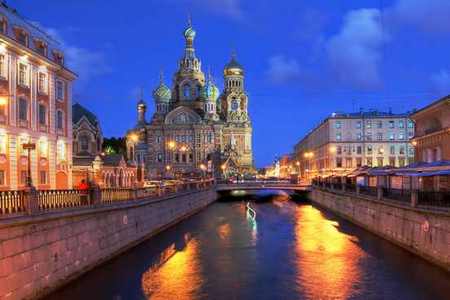 The northernmost metropolis in the world and today’s Russia’s cultural capital and second largest city, St Petersburg bears on every corner the vestiges of his glorious past: founded in 1703 by the emperor Peter I the Great on the estuary of the River Neva, St Petersburg served as capital of the Russian Empire for over three centuries until the October Revolution, stocking up an impressive collection of palaces and residences built from the Romanov Tsars and the empire’s richest and most powerful aristocratic families, such as the Stroganovs, the Mihailovs and the Menshikovs.

Tour of the Black Sea 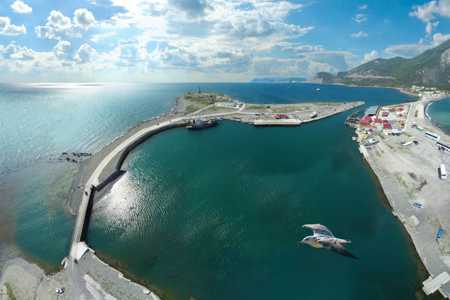 We offer two fantastic experience tours in the Krasnodar Region, on the beautiful shores of the Black Sea: Enjoy a wonderful stay in Russia's best resorts and have fun in the world-famous clubs in Anapa, Krasnodar and Sochi taking part in our exclusive clubbing vacation or enjoy a journey trough Russian culture and history with our cultural/gastronomic tour from Krasnodar to Ghilendzhik including the renown Abrau Durso wine caves, the Goriachy Kluch baths and the Cossack Village "Ataman". 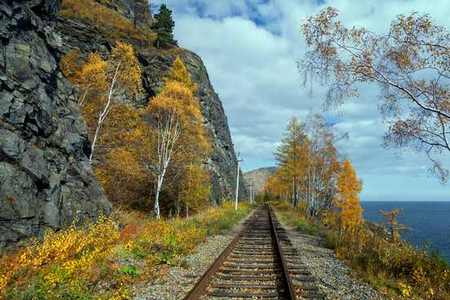 Embark in an unforgettable journey across the longest railway in the world with Russian Tour! The Trans-Siberian Railway reaches from Moscow to Vladivostok or Beijing (China) with over 8000 km of tracks running across European Russia, the Ural Mountains and the Great Siberian Plains. Traveling on board of the Trans-Siberian Express is a unforgettable experience that will change you forever! Discover fascinating peoples and cultures, visit majestic cities and enjoy the wonderful landscapes of Siberia, Lake Baikal, Mongolia and the Gobi desert! We offer a great range of options from all-inclusive package journeys on luxury trains to fully customizable affordable packages jouneys on regular trains. 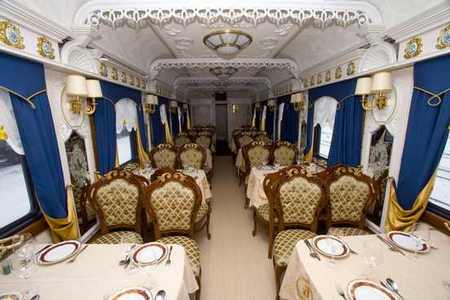 Jump on board of the Imperial Russia Express and embark in a unforgettable adventure through the fascinating cities, peoples and cultures of Russia, Mongolia and China! The Imperial Russia Express is no doubt one of the best way to take on this 8000 km long journey across the Europe and Asia: the exclusive train from RZD Russian Railways offers services and comforts comparable to an mid-to-high class hotel on a modern high-speed train, including a full visit programme and sightseeing in all the cities that made the history of the Trans-Siberian and Trans-Mongolian Railways and a cultural, and gastronomic programme. 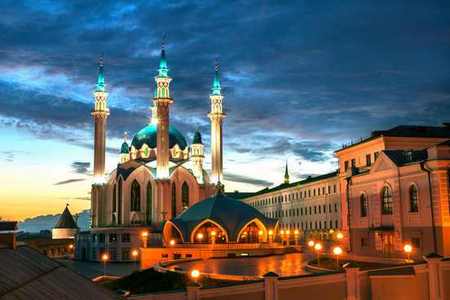 Travel on the comfortable Tsars Gold luxury train and enjoy the ultimate Trans-Siberian experience! Taking part in this incredible journey from Moscow to Bejing you will travel across 8000 kilometers and 3 countries, enjoying some of the most beautiful views Europe and Asia can offer. On the way from the Russian capital Moscow you pass Kazan, capital of Tatarstan, Eketerinburg, capital of the Urals on the border between Europe and Asia, Novosibirsk, capital of Siberia and Irkutsk, gateway to the beautiful area of Lake Baikal, the world's largest; you will admire the landscapes of the Siberian steppe, the mountaionous lands of Gengis Khan, Ulan Baator, Mongolia's capital, you will cross the Gobi desert up to Beijing and visit the majestic great wall of China.

Yakutia: in the heart of Siberia

Travel to Yakutia with Russian Tour and join us in an unforgettable journey through the peoples of Siberia! The Sakha/Yakutia Republic is the largest subnational governing body by area in Russia and the world, measuring up to over 3 million square kilometers. The region is populated mainly by Russians and menbers of the numerous native populations of the East Siberian Plain: Yakuts, Evenks, Evens, Dolgans , Yukaghir, Chukchis, and many others. We offer you the unique opportunity to travel to Siberia and discover the fascinating culture of the Siberian Peoples taking part in the traditional summer celebration of “Ysyah”, in onor of the sun! 7 days / 6 nights cultural tour to Yakutia including a full visit and cultural programme with the support of an English-speaking guide.