Book your excursion in Moscow with Russian Tour for great prices, choosing the best date and the time for your tour! Moscow’s architectural heritage has a worldwide relevance. The worldwide famous capital of Russia features many unique sights: the majestic Red Square, the Saint Basil’s Cathedral with its elegant onion-shaped domes, the beautiful Cathedral of Christ the Savior and The Seven Sisters. The first Kremlin was built in the second half of the 12th century. Other famous heritage sites in Moscow are the New Maidens’ Monastery, the Tretyakov State Gallery, The Pushkin State Museum of Fine Arts, and Arbat Street.

Down below you can find the price list of the featured excursions for the 2020 season. All the prices are in Euro and include the tourist guide in English. Russian Tour contracts with tourist guides and entrance in museums are in Rubles, so the prices are subject to variation depending on the exchange rate. For further information and to book our excursions in Moscow, contact us at our e-mail address This email address is being protected from spambots. You need JavaScript enabled to view it. 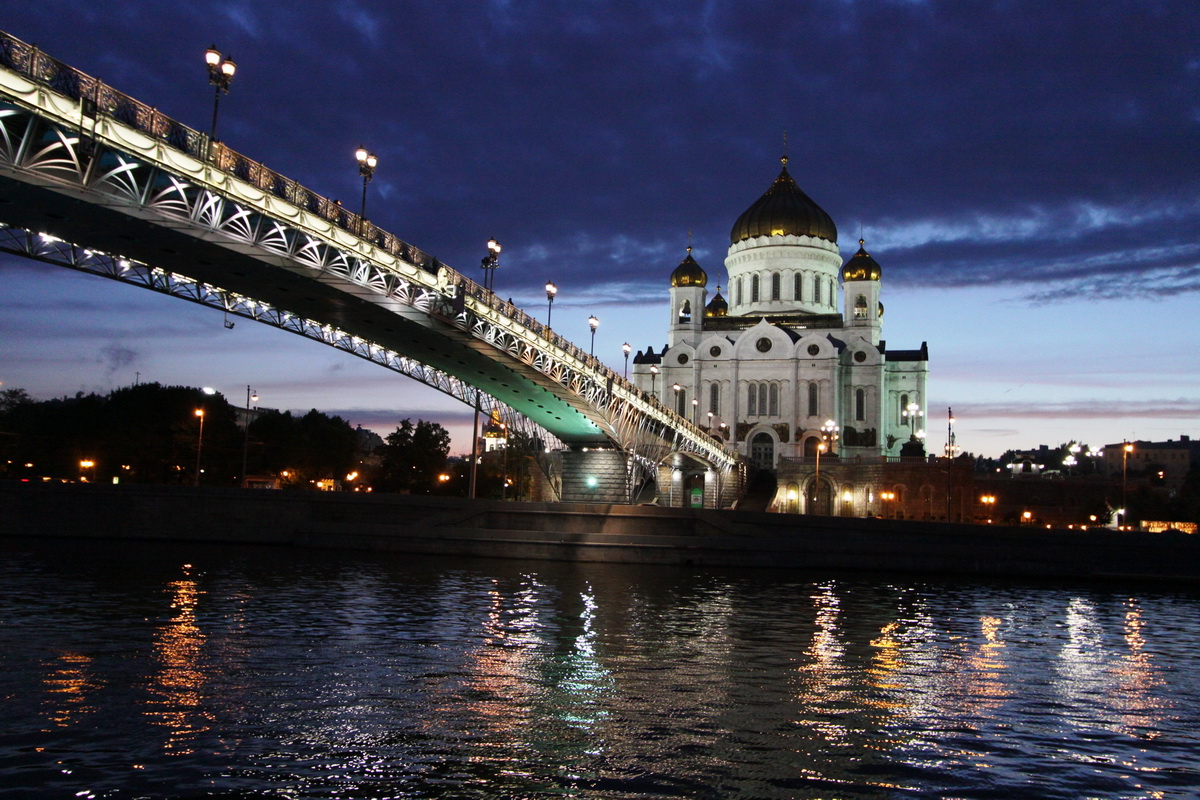 Prices 2022 of excursions in Moscow

Prices per person, according to the group’s size. The prices may be subject to variations depending on the EUR/RUB exchange rate.

For further information, please contact us on our e-mail address This email address is being protected from spambots. You need JavaScript enabled to view it.

The great city of Moscow, once the heart of the first Russian Principality then restored to his capital city status during the Soviet Era, is today the center of political as well as economic power in Russia. Taking part in our Moscow city tours you will have the chance to see all the capital’s major sights: The Red Square, the GUM Department Store, the Kremlin, the Cathedral of Christ the Saviour, the Novodeviciy convent, the Arbat street and Moscow Metro’s most beautiful stations! 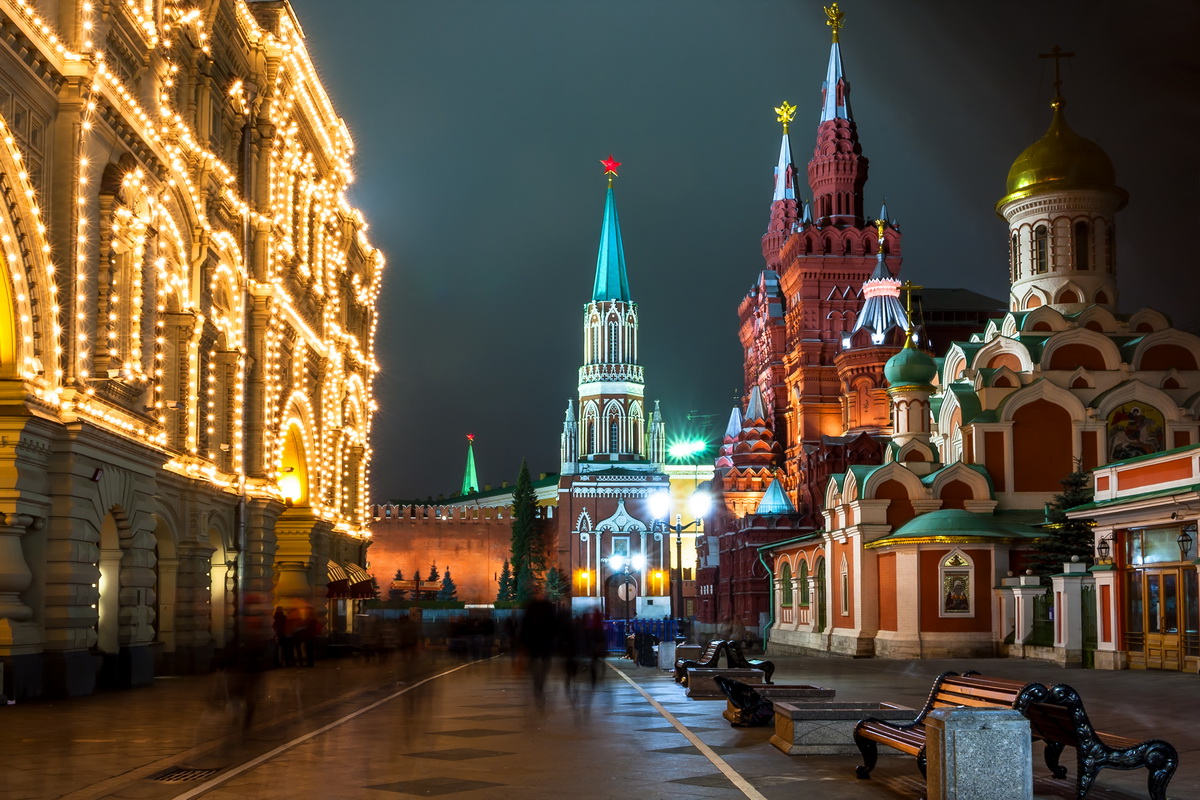 The Novodevichy convent, also know as the New Maidens’ Monastery, is the most important cloister in Moscow.  Originally named Convent of the Ascension, the Zars later imposed a name change in order to distinguish from the homonimous church that was built inside the Kremlin's walls. Differently from most other monastic complexes located in Moscow, whose structures where heavily damaged because of the city's frequent fires and during WWII, the Novodevicy Monastery permains almost perfectly intact since its last major renovation that occurred during the XVIII century. In 2004 the convent was inducted in the UNESCO’s World Heritage. In 1524 Vasily III, the Grand Prince of Moscow, founded Novodevichy convent to commemorate the conquest of Smolensk.

One of the most recognizableplaces  in Moscow, the Red Square with the fabulous Saint Basil’s Cathedral of 16thy century, the beautiful faзade of the GUM department store on one side and the imposing red walls of the Kremlin on the ohter is truly a sight to behold. The tour includes the Red Square,  the Manege Square, the Theatre Square in front of Bolshoi Theatre. The tour also includes the entry ticket to Saint Basil’s Cathedral, symbol of the Russian Orthodox Church, built by Ivan IVbetween 1555 and 1561 in commemoration of the conquer of Kazan and Astrakhan.

Guided visit to the Kremlin grounds and  its majestic Cathedrals (entrance included). Optional visit to the Armory’s Museum, where the treasures of the crown are preserved. “Kremlin” is the Russian term for “fortress” and designs the complex of defensive structures that houses the palace of the government and other important buildings that are centre to the typical Russian Medieval burg.

Walk along the legendary Stary Arbat (Old Arbat) Street, heart of the cultural life of the  Bohemian 19th century Moscow, with its countless cafes, restaurants and gift shops, and take part in a guided visit to the Moscow Underground, a beautiful collection of masterpieces of the "Stalinist Triumphalims" style dispayed in the architecture and decorations of some of the wolrd's busiest underground stations. 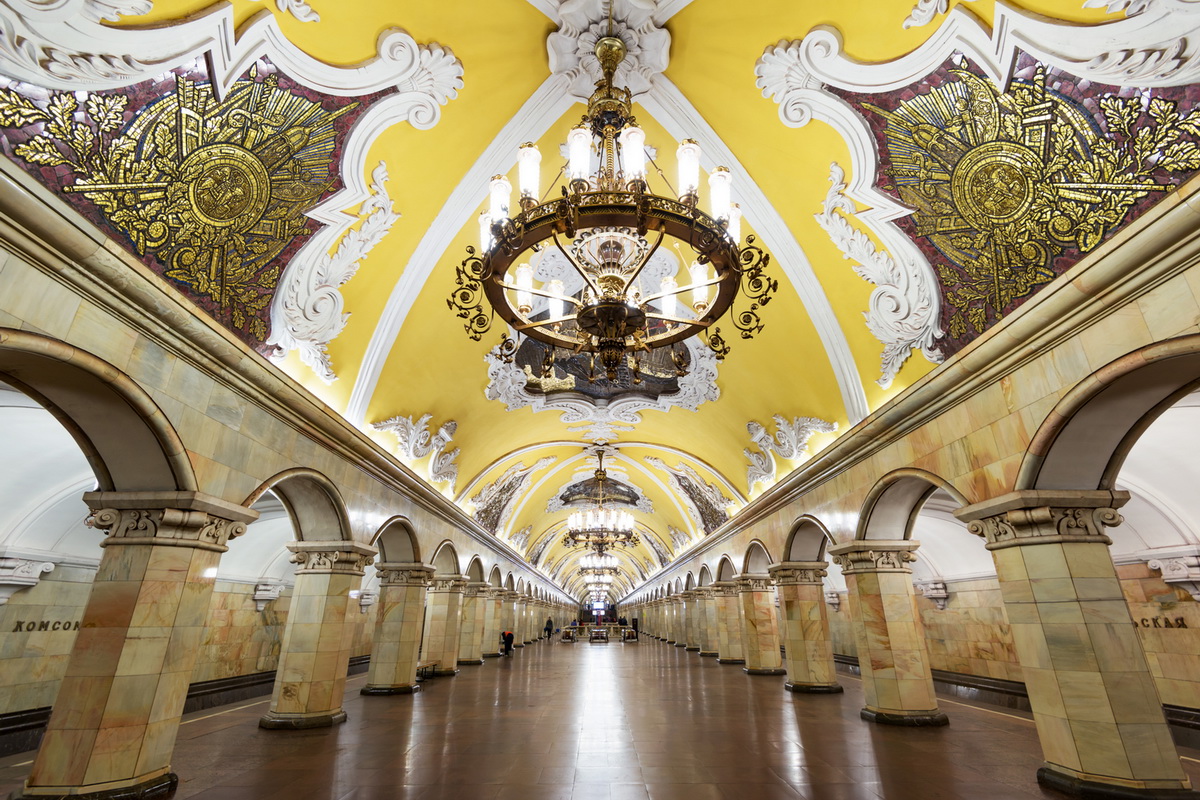 Kolomenskoye is an ancient village situated several kilometers to the southeast from Moscow on the road leading to Kolomna. In ‘60s became a suburb of the capital. It has been considered prestigious since 1532, when the Ascension Church was built to celebrate birth of Ivan IV, the tsar-to-be of Russia. In 1994 the Church was inscribed on UNESCO’s World Heritage List. Behind Kolomenskoye ruins you can admire the Church of Saint John the Baptist, supposedly built in 1547.

Kuskovo was the sumer country house and estate of the Shereetev family. Built in the mid-18th century, is now part of the East District of the city. It was one of the first great summer country estates of the Russian nobility, and currently is the home of the Russian State Museum of Ceramics. The Park of Kusovo was created between 1750 and 1780, as a traditional French formal garden with large floral decoration and presently is one of the most popular destinations of recreation among Muscovites.

The Monastery is the most important one and the spiritual center of the Russian Orthodox Church. It is situated in Sergiyev Posad, a town about 70 km to the northeast from Moscow on the road leading to Yaroslavl. The Monastery is inscribed on the UNESCO’s World Heritage List. By 1680 the young Peter the Great found refuge there during the Strelitzi Revolt. The Monastery was closed in 1919, but reopened in 1946. From that moment until 1988 it was the head See of the Russia Orthodox Church. Today it is open to tourists. 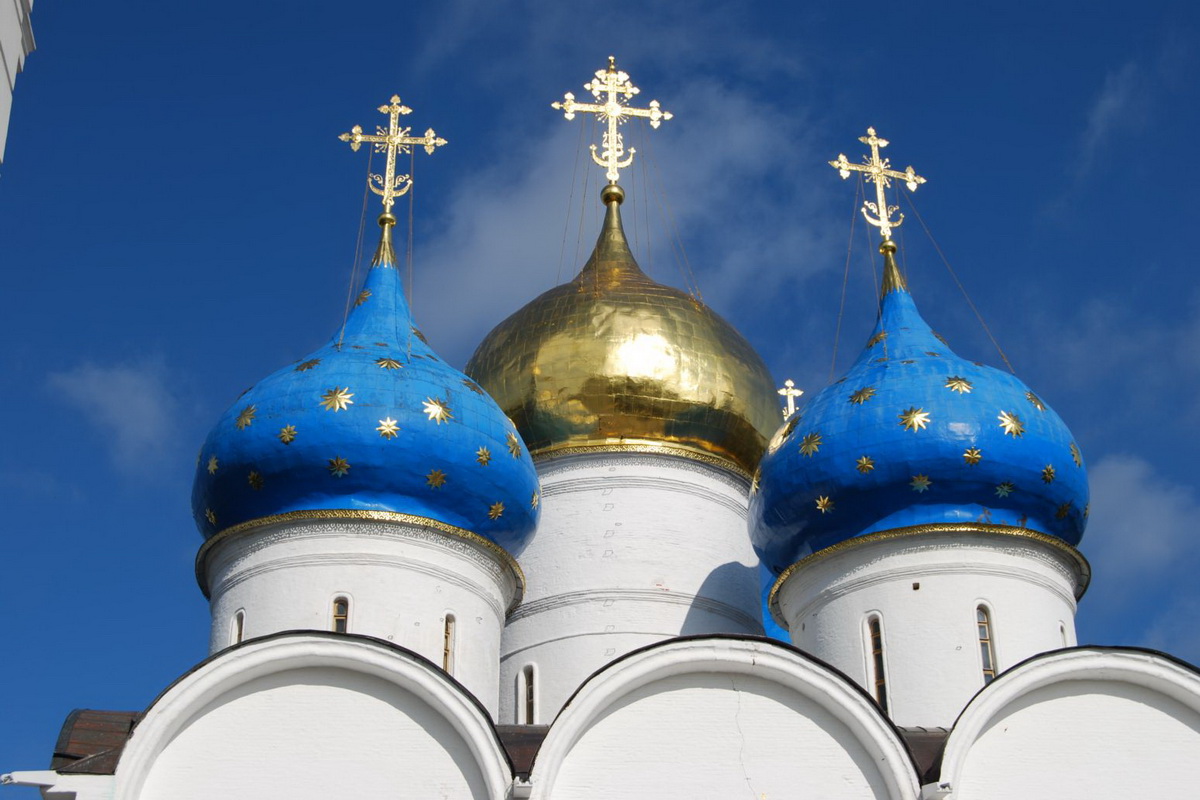