All foreign citizens require a valid travel document (a travel passport or other document recognized by the Russian Federation) to access the territory of Russia. Most foreign citizens are also required to produce additional documentation such as a valid entry visa (which must be issued by a resident Russian consular office in the foreigner’s country of residence prior to the departure) and a copy of a valid travel insurance covering the full duration of the stay. If you are traveling for non-touristic purposes to Russia and especially if are entering for a long duration stay (over 30 days) you will be most likely required to fulfill additional duties once in the territory of the Russian Federation, such as applying for the visa registration or an equivalent document including the details on the foreign traveler and the hosting party.

You are entitled to import/export up to $10000 USD in cash into Russia, but sums over $3000 should be declared at customs. This applies to all foreign currencies and to rubles, with the exact quantities varying slightly from currency to currency. The most important reason for doing this (apart from your legal obligation) is to ensure that you will be able to take your money out of the country unimpeded. If you try to leave Russia with more than $3000 in cash and no stamped customs declaration, you are likely to run into difficulties unless you have official documentation proving that the money has legally been earned by you in Russia. Individuals (17 years or over) are allowed to import/export up to 100 cigars, 200 cigarillos, 400 cigarettes, or 0.5kg of tobacco undeclared (if you wish to import/export more than one type of tobacco product, those allowances are halved). Individuals (21 years or over) are allowed to import/export up to two liters of alcoholic drinks undeclared. Individuals are allowed to import/export 250g of caviar (sturgeon roe) undeclared, provided it is packed in a sealed factory tin. Restricted items requiring a special permission to import/export: Firearms, ammunition and explosives, Radioactive substances, Endangered species of flora and fauna, Precious metals and precious stones, Narcotics, psychotropic substances, toxins, and powerful drugs, Radio technology, Extremist film, photography, and publications, antiques and items of unique importance culturally, artistically, scientifically, or historically.

The official currency unit of Russia is the Ruble (RUB), other currencies are not widely accepted and should be changed into Rubles once arrived in Russia. In order to avoid the poor exchange rates and the heavy commissions often applied by the airport’s currency exchange, it is advisable to exchange cash in a bank. Most businesses in Russia accept payment via credit card, especially in the large cities. Visa and Mastercard credit cards are widely diffused in Russia.

The high summer months of July and August are peak season in Moscow and a reasonable time to visit, although the city can be crowded and sometimes uncomfortably warm at this time of year. It can also be surprisingly wet. If circumstances permit, the early summer months of May or June, or early autumn, are generally better choices. Winter is best avoided altogether, although a cover of fresh snow does serve to give the city an undeniably romantic atmosphere. About St Petersburg, the best time to visit the city is between June and September, particularly from mid-June to mid-July during the White Night celebration when there is 24 hours of sunshine a day, thanks to the city's northerly latitude. It's crowded with tourists during this special period marked by colourful arts and music festivals but it pays to experience this magical time of year. Summer temperatures peak at around 22°C (72°F). Only the brave hearted visit St Petersburg in the winter from October to April when temperatures fall well below freezing, although some winter festivals do lure a sizeable number of visitors.

What should I bring?

Those visiting over summer should pack a mixture of lightweight and medium weight clothing – natural fibres such as cotton and linen are best. For the winter visitor, meanwhile – layers, layers, layers. Wools and cashmeres are great material for keeping in the warmth. Sturdy shoes and a waterproof and windproof jacket are also recommended, no matter what time of year. 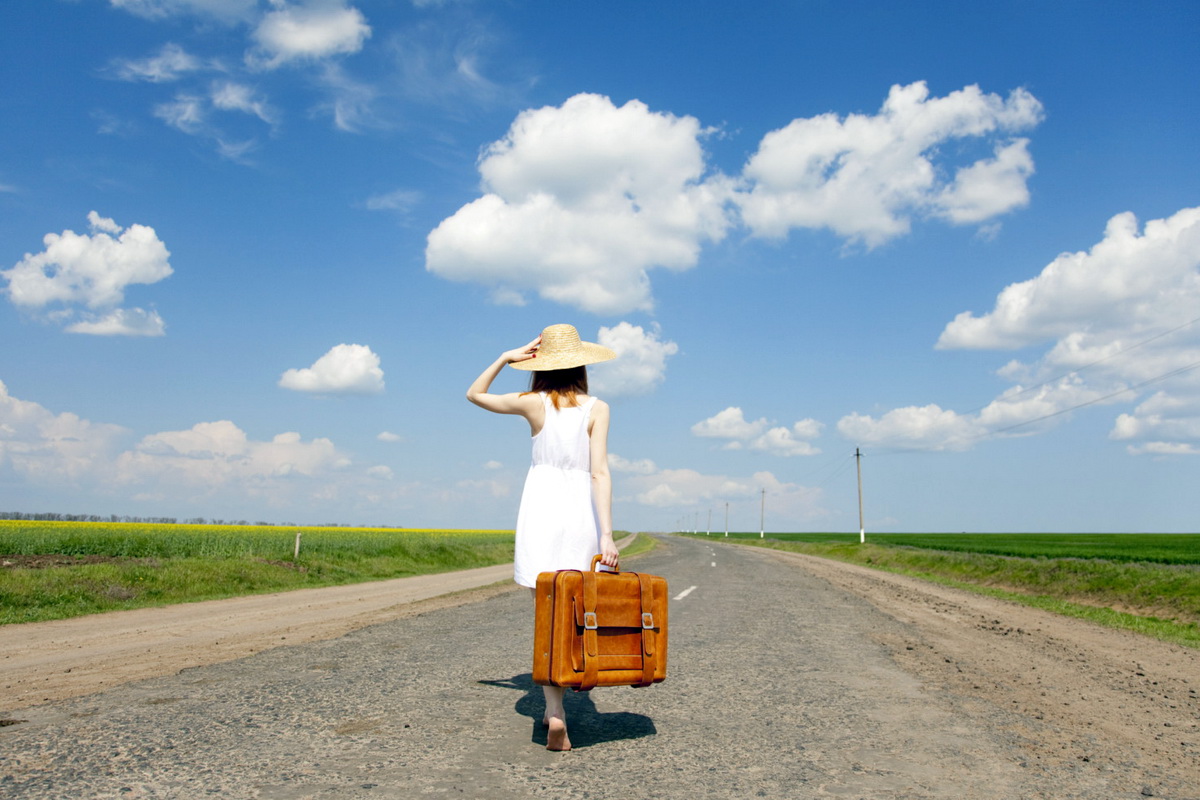 Moscow and St Petersburg retain a crime level and theft risk comparable to most European and American cities of similar size, and as such similar precautions are required: personal belongings and especially passports, credit cards and valuables should never be left unguarded in public places and should be kept in the jacket’s internal pockets or in other hard-to-reach locations while travelling on the public transport. Avoid showing off expensive jewelry and electronic gadgets in the street.

While suffering some of the worst traffic circulation in the world, Moscow and St Petersburg feature a highly efficient underground system that allows to travel quickly and comfortably to most areas of the city; for the first time visitor the metro configuration could prove quite difficult to unravel, because of that we recommend to print out a metro map or install one of the many useful interactive metro map apps available for IOS and Android. The cost for a one-way ticket to the metro is 31 rubles, multi travel tickets are available. While in the metro you will not be allowed to smoke, consume food or beverages. Taking pictures is also forbidden by anti-terrorism regulations.

If you are planning to stay in Russia for more than few days, we heavily recommended to purchase a Russian SIM card with a basic calls + Internet plan: the activation procedure is quick and easy and can be carried out from one of the many phone retailers that you will find around every corner. The basic plans from most companies are quite cheap too if compared to the ones offered by European or American companies. For groups of travelers we advise to purchase a couple or more SIM cards to keep in touch when split up. Calling back home from Russia with foreign or Russian SIM cards is not recommended, as the service rates are extremely high both for the caller and the receiver. If you own a smartphone or a SIM-compatible tablet we advise to use alternative internet-based services such as Skype, Facebook, WhatsApp, Viber, etc..

The contemporary Russian living conditions and life style are comparable to those of western European country such as Italy, Spain or France: the cities feature modern comforts and services such a modern and efficient public transport, Malls and supermarkets, affordable public health care and medical services, Sport and fitness centres, cinemas and recreational centres. The younger generations (1970 and younger)share many interests with their occidental counterparts: dancing and going out with friends at a club or for a coffee, going to the cinema, to the gym, playing videogames and chatting on social networks. The city’s youngsters love expensive clothes and cars, often speak fluently English and/or other languages and consume American and European cultural products such as TV shows, films and books. The older generations (1969 and older), on the other hand, wear more the influence of their soviet heritage; they show little knowledge of the world outside Russia and usually don’t speak languages other than Russian or native languages/dialects.

Similarly to many other countries, the cost of living in Russia may vary wildly depending on the location: in Moscow and St Petersburg the prices for housing, food and services are equal and sometimes higher than in Europe and North America, while in minor cities or poorer regions may be even 5 times cheaper. The Northern regions (including Northern European Russia and St Petersburg) feature a smaller selection of food, with few vegetables and fruit and overall lower quality wheat products, for comparatively higher prices than the southern regions. If compared to western countries, in Russia you will find cheaper alcohol, cigarettes, clothing and deluxe products. High-tech products are also fairly cheap.

Whistling indoors is taboo. Shaking hands across the threshold is taboo. Also giving anything across the threshold. Birthday party before the birthday is taboo. Before leaving a house for a long (even for a couple of days) journey, you and everyone in the house should sit for a minute in silence. Don’t give as a gift any sharp object, like knives or scissors. If someone gives you an animal as a gift (a kitten, a canary or a puppy, for example), you should give them a symbolic sum of money. One ruble will do. Refusing to drink vodka at a funeral banquet is absolutely unacceptable. Shaking hands while wearing gloves is considered a sign of disrespect. Cut bread only with a knife. Don’t break it with you hands. Otherwise your life will be broken. If you’re not married don’t sit at the corner of the table. Otherwise you won’t marry in the next seven years. If you leave your house and then suddenly discover that you left something at home, think twice – coming back home for forgotten things is a bad omen. But it’s not that hopeless. When you return, look in the mirror and the evil spell will disappear. Don’t start anything serious on Mondays. Don’t boast about your future success. It may bring bad luck. If you see a funeral procession stay aside and wait until it passes. It brings good luck. Never buy or accept as gifts baby clothes, shoes, toys, furniture, etc. before the baby is born. When someone sneezes, don’t forget to say, “Bud’ zdorov” (Be healthy) or “Na zdorovie” (For your health). Otherwise the sneezing person will get sick.

The best souvenirs from Russia

Being the largest country in the world, Russia is populated by an immense variety of ethnic minorities each one having his own history, culture and traditions. The Russian territory houses many renowned local handicrafts that make for excellent gifts and souvenirs to bring back home:

The Russian language is the language spoken by the majority of the population residing In the territory of the Russian Federation and in certain territories of the Ex Soviet Union. Although the language is spoken by many different ethnic groups, each one having his own spoken and written dialects, the regional variations of sounds and idioms are quite reduced (a product of the soviet linguistic policy) and a foreign visitor with a basic knowledge of the language will not face particular problems in the communication, independently from other person’s place of origin. For all travelers that do not speak or read any amount of Russian, it is advisable to familiarize with the most common words and expressions before departing to Russia, as Anglo-Russian bilingualism is still a quite rare feature, especially within the older generations.